Microsoft released new Windows updates a couple days ago. Looking at the list of updates this month there are none remotely exploitable externally (from outside the VPS) with the default configuration of our VPS. However, there are exploitable web browser vulnerabilities for Internet Explorer which could be remotely exploited if you visited a malicious website and were not updated yet. We advise minimizing your web browsing from your VPS for added security. Nevertheless, there are some important updates to protect against local vulnerabilities including the usual cumulative update for Internet Explorer and Edge web browsers.

You can update your VPS by going to “Control Panel > Windows Update”. We recommend updating over weekends only and rebooting after.

The SANS Internet Storm Center (ISC) has the best quick overview of the updates each month. https://isc.sans.edu/forums/diary/Microsoft+February+2016+Patch+Tuesday/20711/

Are you onto Algorithmic Trading? Has building Alogrithmic models become the latest DIY craze? Alexander Sommer at his home PHOTO: SEVERIN KOLLER FOR THE WALL STREET JOURNAL
By AUSTEN HUFFORD

After more than 100 hours of coding over three months, Mike Soule was finally ready to switch on his project. He didn’t know what to expect. If things went right, he could be on his way to financial success. If things went wrong, he could lose his savings.

His creation wasn’t a new mobile app or e-commerce store. It was a computer program that would buy and sell currencies 24 hours a day, five days a week.

DIY’s newest frontier is algorithmic trading. Spurred on by their own curiosity and coached by hobbyist groups and online courses, thousands of day-trading tinkerers are writing up their own trading software and turning it loose on the markets.

“It’s definitely one of those things where you are like, ‘Is this going to work?’” said Mr. Soule, who is a student at University of Nevada, Reno, and a network administrator at Tahoe Forest Health system. “When it finally started trading, wow, wow. I don’t know if that is what I expected, but I did it.”

Interactive Brokers Group Inc. actively solicits at-home algorithmic traders with services to support their transactions. YouTube videos from traders and companies explaining the basics have tens of thousands of views. More than 170,000 people enrolled in a popular online course, “Computational Investing,” taught by Georgia Institute of Technology professor Tucker Balch. Only about 5% completed it, but at an algorithmic trading event in New York in April, three people asked him for his autograph.

Now, every weekday morning before work, Mr. Sommer wakes up in Vienna to an email summarizing his coming trades for the day. The email is generated by his custom-built trading platform, which automatically places trades throughout the day using the algorithms he and his three trading partners developed. The four jointly trade about $200,000 of their own money on S&P 500 and Nasdaq Composite stocks. Alexander Sommer at his home in Vienna PHOTO: SEVERIN KOLLER FOR THE WALL STREET JOURNAL

During the day, Mr. Sommer is a project manager for European oil producer OMV Group. Between 9 p.m. and midnight, the team works on improving its algorithms. Mr. Sommer generally double-checks everything right before the U.S. stock market opens at 3 p.m. his time. After the markets close, he makes sure the right trades were placed. Mr. Sommer and his partners each take turns monitoring their trading system.

Multibillion-dollar, computer-driven hedge funds have drawn scrutiny from congressional panels and regulators. The home-brewed version got attention this spring, when a trader who operated out of his home in West London was arrested by British authorities on U.S. charges that he helped cause the “flash crash” in which the Dow Jones Industrial Average plummeted 1,000 points before recovering somewhat on May 6, 2010.

Programming glitches happen. Mr. Soule was on a trip to Iceland in 2013 when, after a few days of limited Internet access, he logged into his computer at his home and realized something was wrong. His trading account was much smaller than when he started his trip.

Mr. Soule had updated his trading algorithm before he got on his flight. While he and his friends spent five days driving around the country, his trading software was busy programmatically losing more than $6,000—about 60% of his trading portfolio at the time. The problem turned out to be a typo. The program was accidentally buying twice as much of everything it sold.

“When I got back and saw how simple a bug it was, I was sort of frustrated with myself but I had no one else to blame,” he said.

Algorithms can help traders follow hundreds of stocks instead of just a handful. Strategies can be complex, taking into account breaking news and social media for instance, but they can also be pegged to more traditional price moves.

Companies have emerged to offer online platforms and tools to retail algo traders. Quantopian, for example, lets users create their own algorithms free of charge and pays users for the ones that perform best. Another company, Rizm, offers a drag-and-drop tool that lets even nonprogrammers create, test and even trade using their own algorithms.

Some of the systems can be built on Microsoft Excel. Many strategies are themselves relatively simple to code. But the back-end work required to test and implement those strategies can be arduous.

“Some of your strategies can only have two lines of code,” Mr. Sommer said. “The work around it can have 5,000 lines of code.”

After his trading glitches, Mr. Soule stopped his algorithm for six months and went back to square one. He researched and began implementing new systems to check his code multiple times before using it again with real money. About a year ago, he said, his algorithms started to be “comfortably profitable,” with winning months starting to outweigh losing months.

“It’s still a hobby for me. It will be nice one day to have my passive income stream far outweigh all of my active income streams,” he said. “I’m not in a rush to get there. I still have enjoyment from having a full-time job.”

Write to Austen Hufford at Austen.Hufford@wsj.com

What’s your take? Do you have your own Algorithm system that you would like to share? Discuss with us here –https://www.forexsignals.com/forum/showthread.php/1671-Algorithm-Traders-Fall-IN 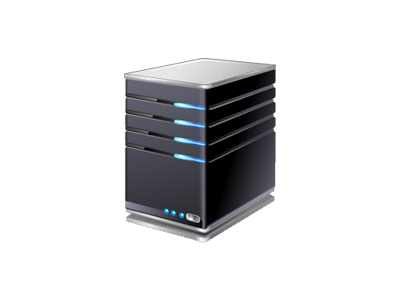 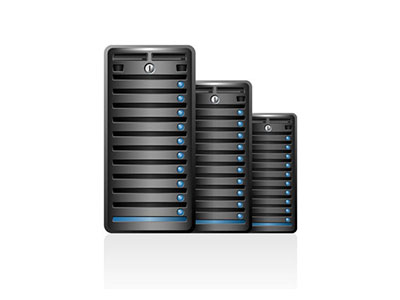